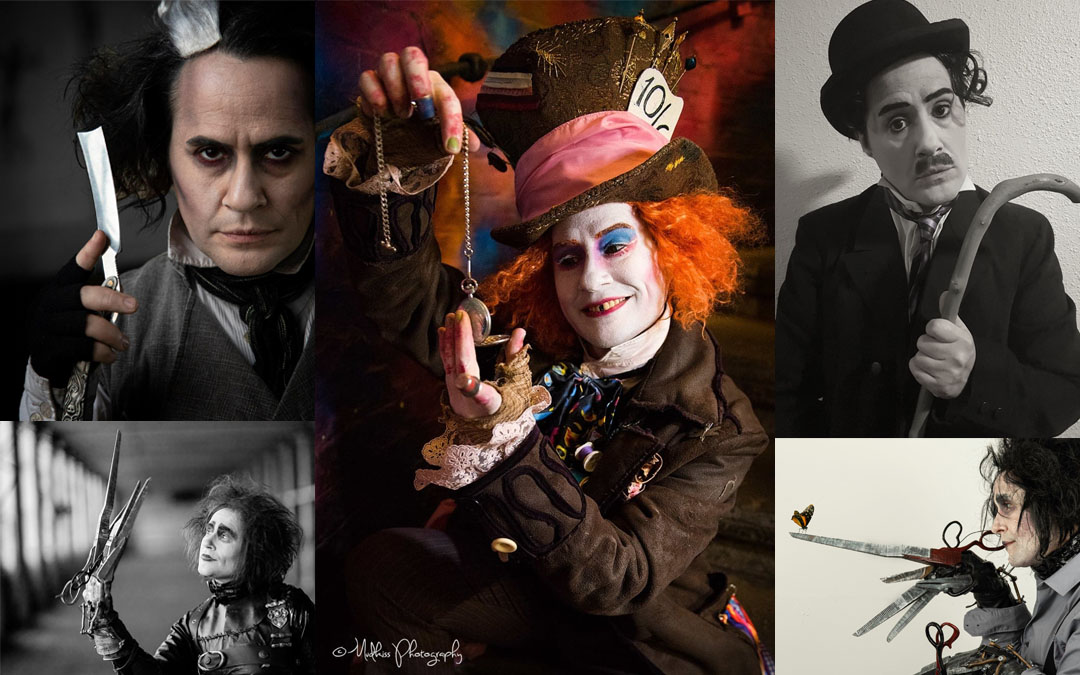 A veteran of the Session Days scene and our most frequently appeared model is Jack Cutler (@deppalikeuk). His portayal of Johnny Depp characters is exceptional and has included for us : The Mad Hatter, Edward Scissorhands and Sweeney Todd. We caught up with him for a spot of lunch and a chat recently, principally to discuss his world exclusive launch of a new character, Charlie Chaplin, for us on our Wigan Weekender event this October.

Here is what we discussed

SD : So, Jack, you are launching a new character exclusively for Session Days in October on the Wigan Weekender 19th/20th October at Leigh Spinners. Tell us about your inspiration for doing Charlie Chaplin?

JC : I have always been aware of Charlie Chaplin from my childhood.. I do remember watching the odd film with my Dad and laughing until it ached. I also love the old black & White movies and the whole concept of telling a thousand words with just with a single expression.

SD : It will be your sixth Session Days event in October. What works for you on them?

JC : I always jump at the chance to model for Session Days as it is always a great atmosphere. It is certainly a joy to come up with lots of different images and play with locations.

SD : As a professional character model, what tips would you give to a photographer to get the best out of you when posing for the camera?

JC : Honestly.. don’t be afraid to ask me to pose.. especially if there is a specific one in mind. It is always worth investigating the character beforehand for inspiration and ideas. Each Character I do is very different and will have different styles of poses including props. Mood boards are always good to start with and I use pinterest to give me ideas about a specific character so that I can suggest poses to photographers

SD : What sort of images of yourself in character do you particularly like to see?

JC : I do love seeing images that have nailed the source character  and mimic the exact poses I had in  mind. But I do also enjoy something a “little out of box” too.

SD : Which is your favourite image taken on a Session Day so far and by whom? Tell us a little bit about the shot as you recall?

JC : There are so many that are fantastic so it is hard to choose just one .. that being said .. I do absolutely adore one particular shot taken by Melanie Smith (Mudkiss Photography) of The Mad Hatter which was ironically during my first shoot for Photography Session Days on their event held at Brunswick Mill in late 2017. it is so spot on to the character. It wasn’t one of the character’s iconic poses as such but it was something the character does which is to hold a pocket watch in the pose. We had a lot of fun that day, playing with different looks and styles. The location for the event suited the Mad Hatter perfectly. 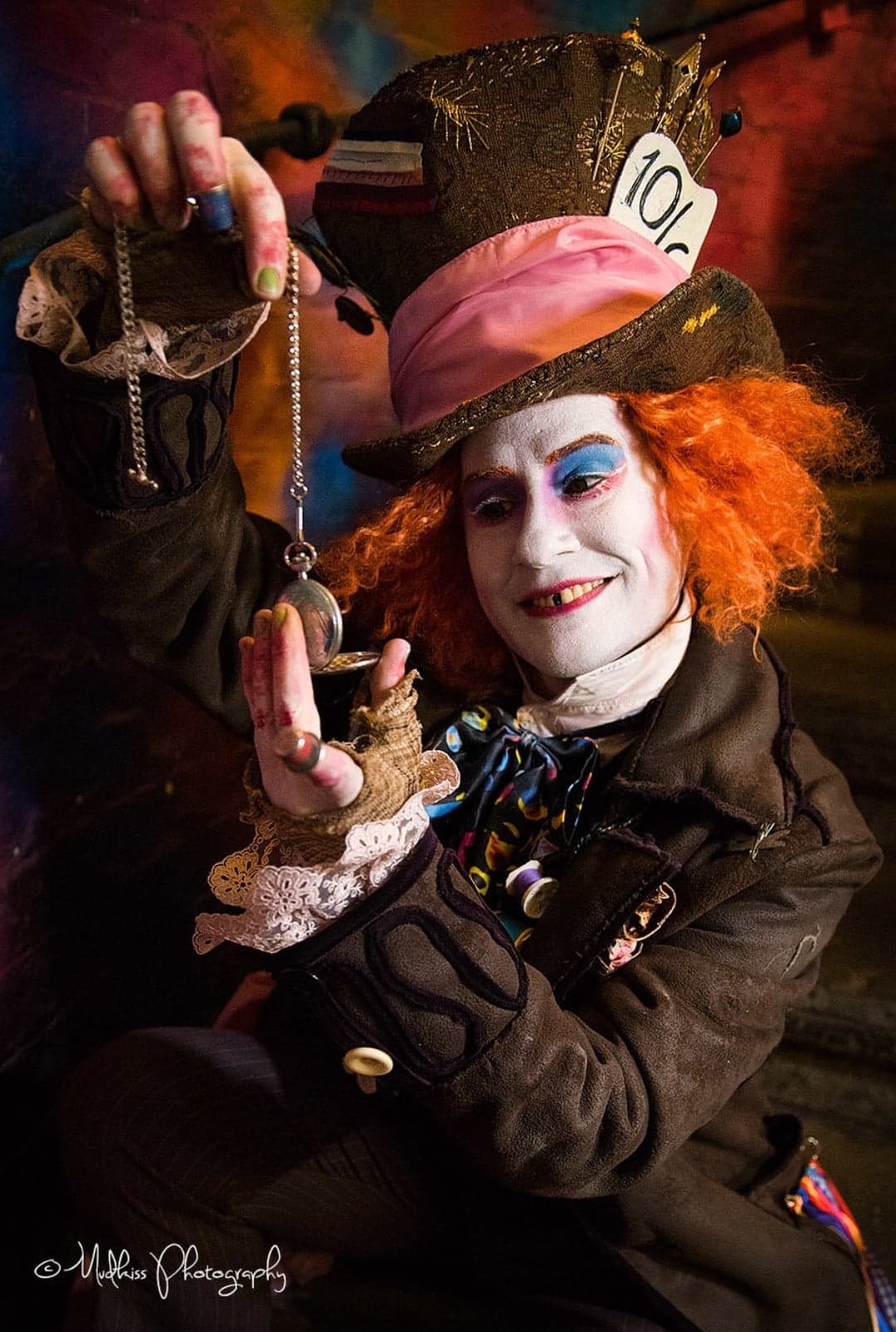